Chelsea defender Antonio Rudiger has reached an agreement with Real Madrid to join the Spanish champions on a free transfer in the summer.

The Germany international’s Chelsea contract expires at the end of the season and Blues boss Thomas Tuchel revealed last month the defender had decided to reject a new deal at Stamford Bridge.

A number of clubs across Europe – including in the Premier League – were interested in Rudiger. However, Real were the first club to formally express an interest in signing him this summer, and the 29-year-old is thought to be flattered and impressed by Real’s pursuit.

Rudiger’s representatives held talks with Barcelona earlier this season, while he had also been linked with Manchester United, Paris Saint-Germain and Juventus.

Remaining at Chelsea was a possibility for Rudiger, but the sanctions placed on the club’s owner Roman Abramovich made talks over extending his deal impossible. 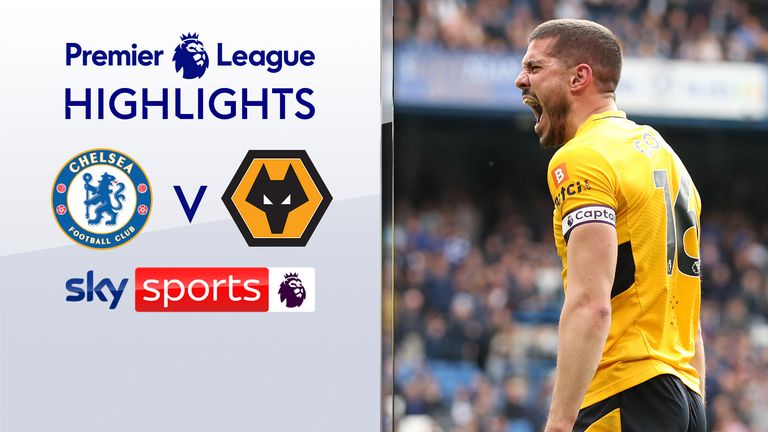 FREE TO WATCH: Highlights from Chelsea’s draw against Wolves in the Premier League

The European champions – who are set to be taken over by Todd Boehly’s consortium – have been unable to negotiate transfers or contract extensions since March.

Tuchel revealed Rudiger’s decision to leave Chelsea after his side’s win over West Ham last month. Speaking to Sky Sportshe said: “The situation is that he wants to leave the club. He informed me of this in a private talk.

“We gave everything – me and the club – but we could not fight anymore because of the sanctions. Without the sanctions we would at least be able to carry on fighting, but our hands are tied. We don’t take it personally. It is his decision.

“He is a key figure and will stay that way until the end of the season. But it is disappointing. We will miss him a lot.

“He gives courage in the dressing room – the kind everyone is afraid of, but the kind to play 50-55 games at an outstanding level. He is a top defender in the last one-and-a-half years for me. We then need to find another solution.” 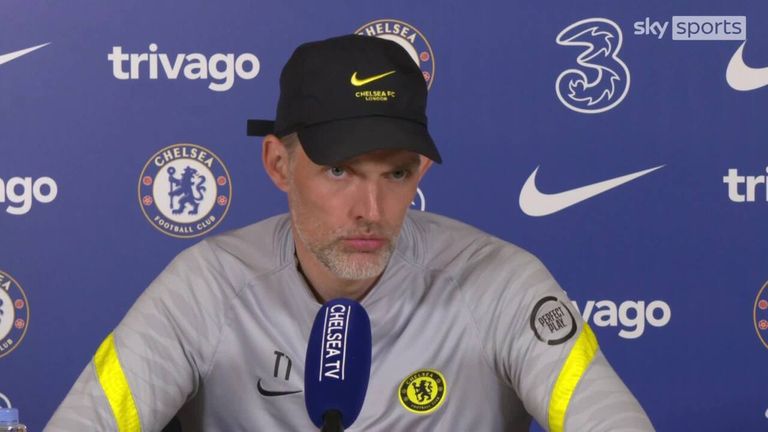 Pressed on whether Chelsea will be able to replace Rudiger, Tuchel said: “In the moment not, because of the sanctions. Hopefully the sanctions will be in the past.

“We had a connection from day one and he deserves my full support. I’m just happy to have had the chance to coach him in the team and the club did as well. We had offers, big offers and the club tried everything but We have the sanctions, we can’t continue.

“It would be ideal [for sanctions to be lifted before the transfer window] but even if we wish for it, you can’t pull grass for it to grow faster. We have to deal with what the reality is. The sanctions are still in place and the situation is not cleared for next season. We try to focus on the last weeks.”

It’s hard to overstate how big a loss Antonio Rudiger will be for Thomas Tuchel and Chelsea this summer. Since the head coach arrived in January 2021, the defender has been a vital part of the side that has won the Champions League, Super Cup and Club World Cup, as shown by the fact he played every minute in all three of those finals.

The graphic below shows the impact Rudiger has on the field for Chelsea, but he has also been a crucial influence off the pitch, particularly during the turbulence caused by the club’s ownership situation. Tuchel admitted late last month that his fellow German would leave a void in the dressing room as big as the one he will leave in the heart of Chelsea’s defence, saying: “He gives everybody confidence in the dressing room. He is a unique character and plays on an outstanding level He sometimes takes the focus towards him, he loves responsibility.”

Adding to Tuchel’s concerns will be that Rudiger’s fellow centre-back Andreas Christensen is also set to leave Stamford Bridge at the end of his deal this summer, while speculation persists that captain Cesar Azpilicueta will return to Spain.

Presuming Todd Boehly’s takeover of Chelsea proceeds as expected, Tuchel’s priority this summer will have to be rebuilding his defense, with Thiago Silva, Trevoh Chalobah and Malang Sarr set to be the only first-team centre-backs on the Blues’ roster.

Rudiger deciding to stay in west London would have provided valuable continuity during a period of uncertainty at the club, but with the 29-year-old going, Tuchel will know his squad requires a number of significant upgrades at the back – and fast.

Spoiled for choice? Watch Leeds vs Chelsea or Wolves vs Man City on the Sky Sports App

Can’t decide which of Wednesday’s crucial Premier League games to watch? With Wolves vs Man City kicking off during half-time of Leeds vs Chelsea, and both live on Sky Sports, you don’t need to miss a minute with our second-screen viewing on the Sky Sports App.

Download the Sky Sports App hereand Sky Sports customers can go to the ‘Live TV’ section at the bottom of the screen.