Chelsea withdrew from the race to sign Erling Haaland because they had doubts about his ability to play in the Premier League, according to reports.

Declan Rice will turn down a lucrative eight-year contract offer from West Ham amid transfer interest from former club Chelsea and Manchester United.

Arsenal are prepared to make Eddie Nketiah one of the club’s highest-paid players to tempt him to stay at the Emirates. 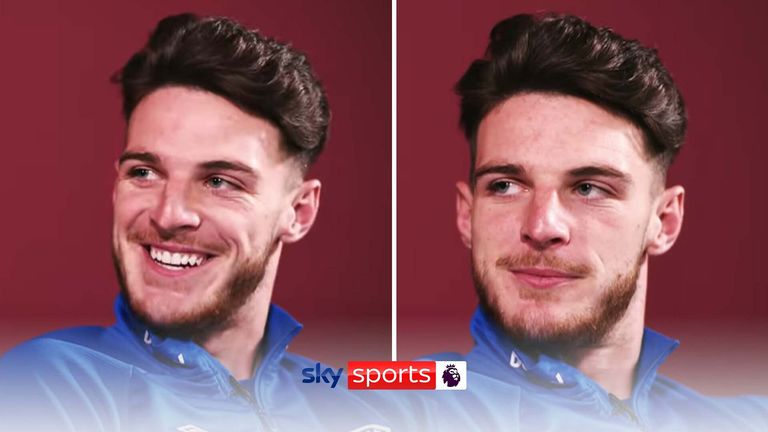 James Rodriguez is set to turn down a move to David Beckham’s MLS franchise Inter Miami because he wants to return to Europe and play.

Scotland full-back Aaron Hickey is closing on a move to Arsenal.

Two MLS clubs have approached Juventus legend Giorgio Chiellini over a deal to bring an end to his professional career in North America.

Former Brazil striker Hulk will face a “trial” next week at the country’s Superior Court of Sports Justice and could be banned for 12 games for kicking an opponent in the genitals while playing for Atletico Mineiro.

Todd Boehly is set to splash the cash this summer at Chelsea once his £4.25bn takeover of the club is completed.

Kieran Trippier has admitted it could take Newcastle as many as five years before they challenge for the Premier League title.

Jesse Lingard has reportedly priced himself out of a move to Newcastle United in the summer because of his £150,000 weekly wage demands as well as a signing-on fee and bonuses.

West Ham are looking to reignite their interest in Rennes defender Nayef Aguerd.

The Great Britain National Tennis Academy in Stirling, set up following the success of Andy and Jamie Murray, is being shut down only three years after it was opened.

Gabriel Jesus’s agent has confirmed talks have taken place over a move to Arsenal but also revealed another six clubs are interested in the Manchester City striker.

Aston Villa have reached a ‘total agreement’ with Barcelona for a sensational summer swoop for Phillipe Coutinho.

Frenkie de Jong is reportedly set to join Manchester United from Barcelona with a transfer ’95 per cent likely’.

English football’s governing bodies are seeking to protect clubs to ensure any debt from leveraged takeovers – such as those undertaken by Manchester United and Burnley – is structured to ensure long-term survival.

Liverpool midfielder Fabinho appears to be facing a race to be fit for the Champions League final against Real Madrid at the end of the month.

Wayne Rooney faces fresh headaches at Derby as rival clubs make moves for his stars after relegation to League One.

Manchester United have reportedly been told that they will have to pay Konrad Laimer’s £34m release clause in order to prize him away from RB Leipzig.

Australia, who are set to be confirmed as hosts of the 2027 Rugby World Cup on Thursday, could target current England head coach Eddie Jones to lead the Wallabies challenge for the tournament on home soil.

Brazil’s team doctor claims Fabinho should be fit for Liverpool’s Champions League final and was selected for national team duty despite injuring his hamstring against Aston Villa.

Robert Lewandowski was reported to be “offended” by Bayern Munich’s pursuit of Erling Haaland during his contract stalemate with the Bundesliga champions.

The FA have been criticized for failing to safeguard women in football after a National League manager was able to take another job despite being forced out by Chesterfield for alleged sexual indecency earlier this year.

West Ham believe they have a strong chance of landing Aston Villa forward Ollie Watkins as Steven Gerrard plans an overhaul of his squad this summer.

UEFA are on a fresh collision course with the Premier League’s elite amid proposals to start a new four-way summer tournament made up of Champions League clubs.

Michael Carrick is a shock contender for the vacant head coach’s job at League One club Lincoln City.

Paris Saint-Germain are yet to make a move for transfer target Paul Pogba ahead of his expected summer departure from Manchester United, reports claim.

Arsenal and Tottenham are claimed to have ‘made checks’ on RB Leipzig midfielder Konrad Laimer.

Sergio Perez has opened talks over a new deal with Red Bull to extend his stay with the F1 team beyond the end of 2022.

Thomas Tuchel has said that it will need a miracle for Mateo Kovacic to be fit to play in the FA Cup final against Liverpool on Saturday after a wild tackle from Dan James forced him out of the game.

The 2031 Rugby World Cup, expected to be hosted by the United States, could see the tournament expanded to 24 teams.

Lee Johnson has emerged as the front-runner to take over as Hibernian’s next manager after turning heads during talks at Easter Road.

West Ham are interested in signing Rangers’ young defender Kyle McClelland, who is set to walk away from Ibrox this summer after failing to agree fresh terms.

John Hughes’ position as Dunfermline manager is uncertain with the entire football department having been placed under review following their relegation.