For Everton, the post-mortem started not on Monday but as far back as December.

Initiated shortly after director of football Marcel Brands’ departurethe club’s board, backed by owner Farhad Moshiri, commissioned a strategic review into the team’s significant underperformance on the pitch.

After protests in the stands aimed at the Everton hierarchy, poor results in the first half of the season and the fallout from Rafa Benitez’s brief tenure as manager, this was an attempt at course correction.

The review delved into the workings of every department on the footballing side of the club and was done with the help of external consultants including former Everton star Tim Cahill, who was brought in to advise Moshiri.

What was produced over the months that followed was a weighty tome, delivered in paper form to the Goodison top brass for them to pore over and learn lessons from.

Some of those findings are now being implemented by new director of football Kevin Thelwellthe man tasked with bringing about structural and cultural change.

Revitalizing Everton remains a lengthy and ongoing process, even if some of the key alterations are already evident behind the scenes.

One of the first major decisions during the strategic review was to appoint a new manager to replace Benitez, who lost his job in January after six months in charge, having won one of his final 14 matches.

There was an acceptance internally at Everton, following the review, that they have spent too long lurching from style to style under distinctly different managers; that the difference in approach between, say Marco Silva and Sam Allardyce, or indeed Benitez and his predecessor Carlo Ancelotti, had made it much harder to achieve success on the pitch.

It was decided that the new model, particularly when it came to managers and player recruitment, would be “young and hungry”.

Frank Lampard was quickly appointed as Benitez’s replacement on a two-and-a-half year contract. Particularly after the divisive appointment of the Spaniard, which garnered little other support internally, Lampard’s arrival — and indeed the way it happened — seemed to mark a crucial turning point in the way the club make decisions. 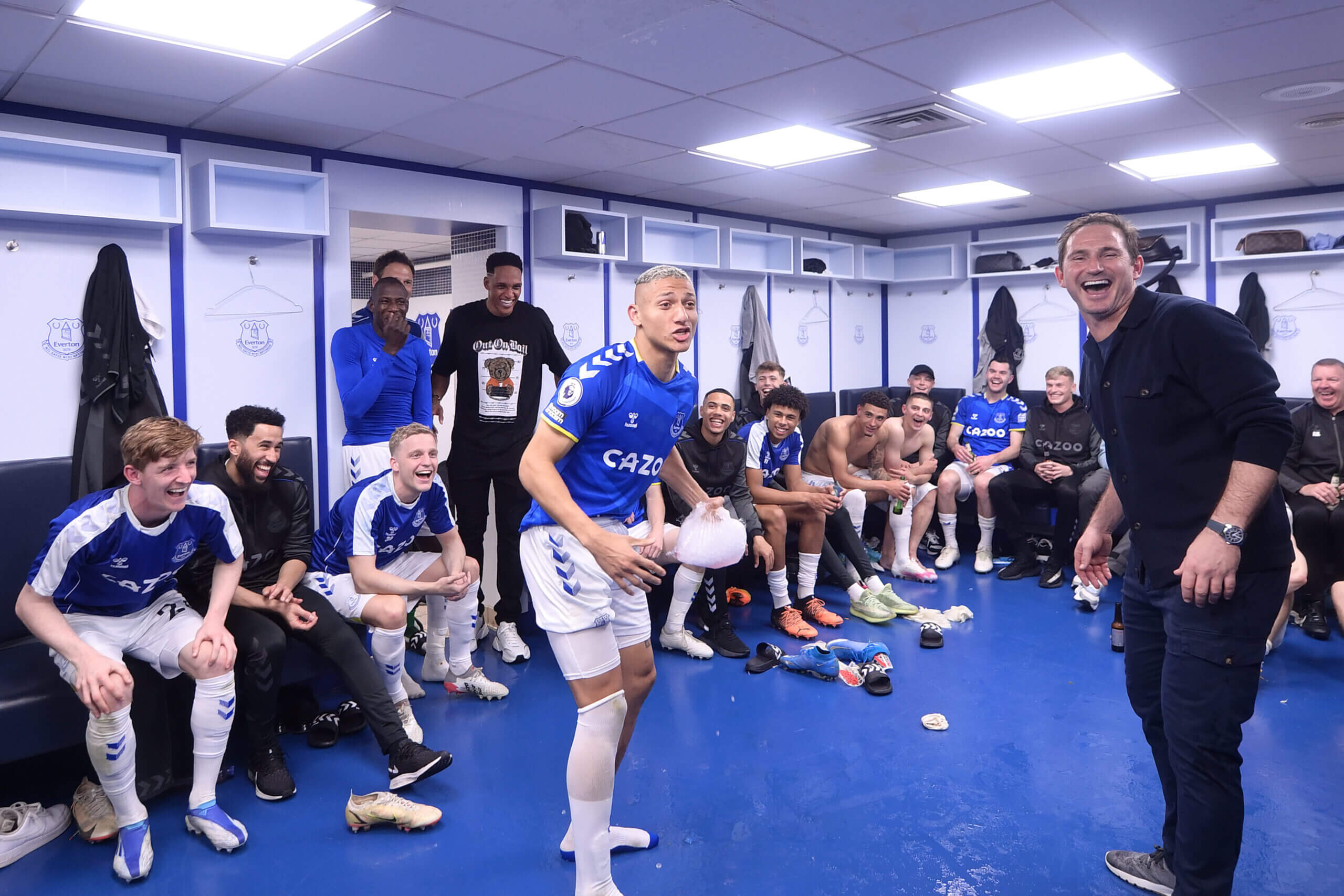 Frank Lampard has helped keep Everton in the Premier League this season after being appointed at the end of January (Photo: Tony McArdle/Everton FC via Getty Images)

Lampard’s appointment was the first of Moshiri’s tenure to effectively be agreed by committee — an admission of sorts that the overly prescriptive processes of the past had failed.

Alongside Cahill, operating as an advisor to the owner during the recruitment phase, Everton’s board were invited to carry out due diligence on the final shortlist of candidates — Lampard, Vitor Pereira and interim manager Duncan Ferguson. Lampard, eventually, was the unanimous pick.

It has not always been this way under Moshiri, where appointments have often been dictated from the very top. Some wonder whether he has been brought around by the extent and manner of Benitez’s failure, after going against the grain to appoint him, and there is also a school of thought that one is not the only managerial appointment he has come to regret.

The aim now, it is said, is for a more collegiate approach when it comes to decision-making, one that sees Moshiri have a crucial say but also factors in the opinions of the club’s board and Thelwell as the new director of football.

Hired in February from MLS side New York Red Bulls, former Wolves director Thelwell has the unenviable task of implementing the strategic review’s findings and enacting change at Everton. The club will lean on his experience in youth development, said to be a decisive factor in his appointment, in particular as they look to plot a more sustainable path moving forward.

Everton did not look for a recruitment guru, such as the job’s previous incumbent Steve Walsh; they wanted someone who could take an overarching view on all elements on the footballing side of the club; to build from the ground up.

The idea at present is that Thelwell will report directly to Everton’s directors, including chairman Bill Kenwright and CEO Denise Barrett-Baxendale, and front a new technical board which will consist of a new head of recruitment and new academy director, among others.

With other key posts up for grabs and the squad in urgent need of reinforcement, there is plenty of work left for Thelwell to do behind the scenes.

Moshiri will take him time digesting the review but there may already be evidence of his own learnings after the latest bumpy episode in his ownership to date.

There were signs of what could be useful introspection in his most recent interview with the club’s website.

“I will provide the system to support him (Lampard). The process is vital to ensure all components of Everton fully support the manager,” Moshiri said. “Our future is bright. We just need to be united. Maybe together, me and the fans should be more patient — I am also impatient.”

The notion of patience and pragmatism is part of what Moshiri and the board will look to build on.

Much of their recruitment in January was based on transfer planning implemented over the previous 12 months, with a focus on young full-backs and more quality in midfield. The departure of Luke Dignifiedwhile a reflection of a breakdown between the player and then-manager Benitez, was also viewed as good business, with Vitalii Mykolenko a younger, cheaper and more hungry replacement.

That example is a blueprint for future transfers – with smart trading key to ensuring that Everton enhance and develop their squad within sound financial parameters to avoid the perils of financial fair play and leave them in a sustainable position.

The emphasis will be on athleticism, dynamism and – as clubs such as Leicester City and Atletico Madrid have proven to title-winning effect — the recognition that resale values ​​and the ability to grow via player trading is important.

Driven by circumstances, there is a feeling Moshiri wants to be more prudent in the transfer market and see a greater return in that area than he has previously. The review underlines how the more collegiate and structured approach informed by football experts employed by the club will aid that.

Togetherness and unity are also key watchwords. They are qualities that were so fundamental to Everton eventually staying in the Premier League. Lampard helped heal a fractured fanbase through his personality and demeanor, and he has always been keen to stress the support and backing he gets from the board – to the point of climbing up to the directors’ box last Thursday to hug them after the dramatic 3 -2 home win over Crystal Palace that secured safety. 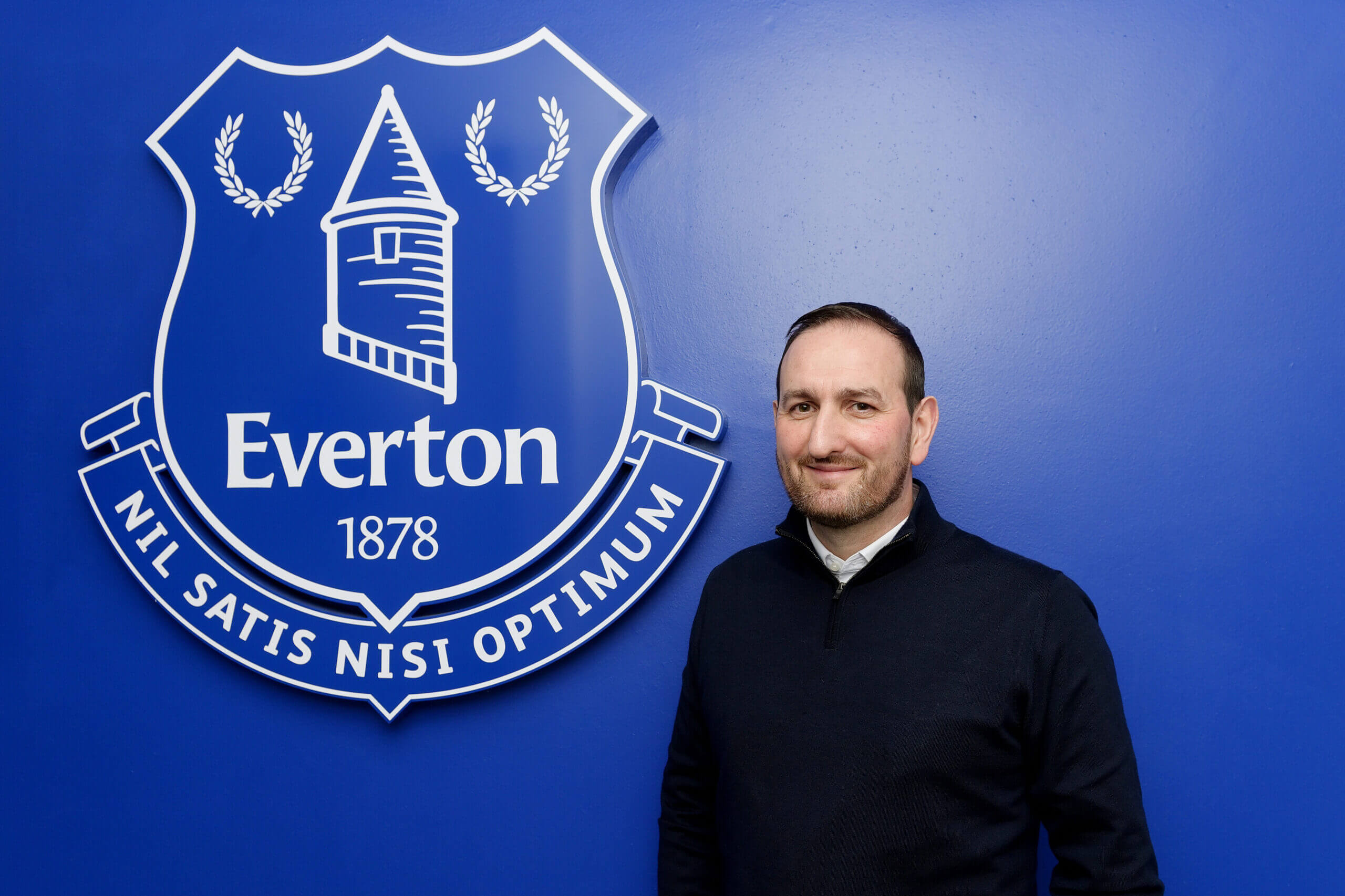 But he will also continue to work very closely with Thelwell, in contrast to how previous Everton managers and directors of football clashed and worked in silos of mistrust.

Thelwell’s predominant focus will begin to shift to transfers this month, but while keeping a relatively low profile since his arrival in February he has been busy behind the scenes streamlining and re-structuring the academy.

The application process for those jobs has now ended, and the number and quality of applicants has been impressive, with hundreds throwing their hat into the ring, including names from top-level Premier League clubs.

Crucially, the under-23s will be led by a head coach, not a manager, and that person will take direction from Thelwell after consultation with Lampard on the playing side. The aim will be to finally implement something Brands had pushed for — a unified style of play across all teams.

One of the key tasks for the club’s new coach trainer Kevin Nicholson is to play a pivotal role in liaising with all age-group coaches to ensure those joined-up systems and style of play are instilled.

Another suggestion has been that Thelwell will look to appoint a loans manager, a position scrapped under his predecessor Brands.

There is a feeling in some quarters that Everton need someone dedicated to purely securing moves and monitoring loanees’ development and welfare. Currently the job is being done in large part by scout John Doolan. Former Everton manager Joe Royle fulfilled a similar iteration of the job until 2017.

There is also potential for a link-up, formal or informal, with League Two neighbors Tranmere Rovers which could see Everton send promising youngsters on loan to Prenton Park.

Tranmere sporting director James Vaughan is a former Everton player and well respected at Goodison. It has been noted that highly-rated midfielder Lewis Warrington has thrived across the Mersey under the guidance of manager Micky Mellon and Vaughan, getting useful experience and developing his talents at a competitive level.

Ultimately, though, the entire review will depend more on the compliance of one man than each of the various recommended changes.

These signs of Moshiri’s willingness to change must continue and be reflected consistently, starting with the forthcoming transfer window, for the review to have a chance of leading to success.

January, when the review was commissioned and Lampard chosen, could one day be remembered as the watershed month when positive change arrived. There were, though, still signs of the muddling thinking and poor decisions that had left the club ridiculed in some quarters and counting the cost of poor decisions.

That month’s loan signing of Anwar El-Ghazi, a player Benitez had not asked for, still comes with a hefty quota of question marks. The Aston Villa midfielder did not start a game during his four months with Everton, made two forgettable cameos from the bench totaling 11 minutes without goals or assists, and took up the club’s last loan slot; which may have more prudently been used for Delete Alli instead of a riskier permanent transfer of the Tottenham and England man.

Much has changed even since then, but everyone at Everton recognized the review was required and must be heeded.

Applying it will require time and patience.

Time itself will tell whether there is an appetite from the top for what it takes — especially if the going gets tough on the pitch once again.