When the Raptors made the Thaddeus Young-Goran Dragić trade at the February deadline, the front office was making a bet: Management could find nearly as good of a player early in the second round, as they were receiving the Pistonspick, as they could in the back half of the first round, as they were giving away their own first-rounder.

After the season ended, the move amounted to accepting a 13-pick slide, with the Spurs picking up the 20th pick and the Raptors getting the 33rd selection. Under Masai Ujiri, the Raptors have used bottom-third picks in the first round to grab Bruno Caboclo, Delon Wright, Pascal Siakam, OG Anunoby and Malachi Flynn. Meanwhile, the Raptors have had just one pick in the 30s since Ujiri came from Denver: DeAndre Daniels, the 37th selection in 2014, who never played a game in the NBA. He plays in Australia now.

Who will be available? Well, I went through four mock drafts Sam Vecenie’s at The Athletic, Kevin O’Connor’s at The Ringer (as well as his top-40 big board) Jonathan Givony’s at ESPN and the one at nbadraft.net — and did some digging. There are 23 players who have an average selection higher than 25th and no projection to fall out of the first round. There are still nearly four weeks until the draft, leaving lots of time for players to impress or disappoint. But for now, let’s assume they’ll be gone before the Raptors pick.

(Early-entrant candidates can still withdraw from the draft by June 1 and maintain NCAA eligibility, so the selection pool could still change. Some of the mocks have assumed certain players will withdraw, hence them not being projected to be picked.)

Definitely off the board at 33

Probably off the board at 33

After those guys, there are seven players whom at least three of the mock drafts project to be gone before the Raptors pick. That means there is a virtual consensus on 30 of the first 32 picks in the draft, and that will almost certainly be incorrect — teams will go way off the board, especially late in the first round. For now, we will leave them out of consideration, with a thought toward revisiting them as June 23 approaches.

Projected to be picked before 33

That leaves a whole bunch of guys who could be Raptors. I’ve got a longer list below, but here are nine that popped out to me, with a few bonus potential undrafted players who seem like good candidates to be playing for the Raptors in the Las Vegas Summer League.

(All heights are with shoes on, measured at the recent NBA Draft Combine; all ages are as of the start of 2022-23 season.)

Terry is 6-foot-7 with a 7-foot wingspan, so that checks off an obvious box. He has had a bit more success as a shooter than past Raptors prospects, hitting 36.4 percent of his 3s last year, but has done very little off the dribble. He is known for his hustle, deflections and rebounding. He has secondary playmaking skills. When you go into the second round, the hit rate drops dramatically, but Terry makes a lot of sense as a Raptor.

The most Raptors-y pick, Canadian division

He’s a mix of the typical Raptors type (a 7-2 wingspan with good agility and excellent athleticism) combined with the Caboclo experiment (he hasn’t played college basketball and is using the pre-draft process to determine if he should go to the college, the G League or the NBA). He impressed at the Nike Hoop Summit playing for Team World and was ruled eligible for the draft because he completed a post-graduate year. Logic says Miller will go another route if he doesn’t get a first-round guarantee, but perhaps such an agreement at 33 for his home team would do the same. Miller is a long-term play, but the Raptors have the developmental infrastructure to make it work.

He could have taken Terry’s spot up top if his scoring was a little further along. As it is, he really struggled with his touch around the basket. Combine that with a jumper that needs a lot of work, and it’s unclear what his timeline might be. Of course, the Raptors just turned a player who could have been described like that a year ago into the Rookie of the Year. Ingram is not nearly the athlete Scottie Barnes is, but he has a lot of the feel and most of the size.

Meet the potential second-rounder who will most likely gain a reputation for playing his butt off. Despite his relative lack of size — he is 6-foot-3 and change without shoes — he has the desire to be a great defender and the tenacity to bully his way into the paint. He is also a grab-and-go guy off the glass, which is a tool the Raptors look for. Beyond his passing, he is mostly a dirty-work purveyor on offense at this point. 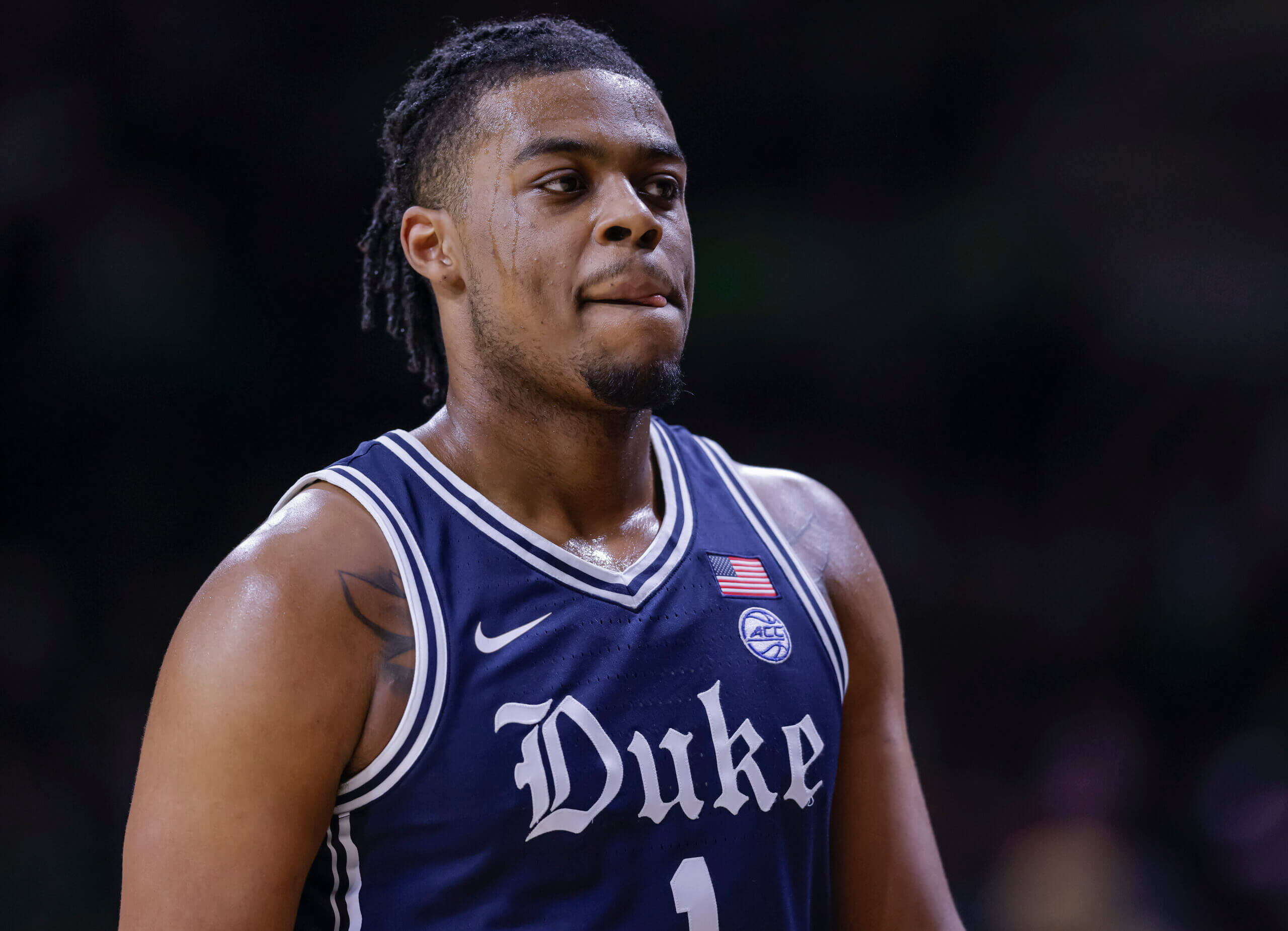 If the Raptors elect not to offer Pascal Siakam a contract extension, the least they can do is get him a new teammate from his hometown of Douala, Cameroon. Like Siakam, Koloko mostly focused on soccer until he got into his late teens. However, Koloko’s three years at Arizona are far beyond the experience Siakam had at the same time in his career. Koloko still has plenty of development ahead of him, but he’s a great shot-blocker with good lateral quickness, the type of big the Raptors might decide to gamble on.

Most likely to be ready to contribute immediately

Before you decide Moore is too boring for the Raptors, his wingspan was measured at longer than 7 feet at the combine. The Raptors could very well see more defensive upside than he sometimes showed playing with an ultra-talented Duke team. However, he does lack athletic burst and is likely to slide in as a creator off of closeouts rather than as a primary playmaker. That’s OK — he made a huge jump to become a 41.3 percent 3-point shooter last year, and his free-throw percentage was better than 80 for his three seasons at Duke, suggesting his shooting form is just fine.

Montero played professionally with Gran Canaria in Spain before coming to the United States to play in Overtime Elite. He is an excellent ballhandler with the ability to maneuver in the half court without other obvious plus skills, although he has shown some flashes of quality shooting. When drafting point guards, the Raptors have either gone all-in on toughness and pedigree (Fred VanVleetFlynn) or length (Wright, Dalano Banton) Montero would be a huge departure, which would make him all the more interesting.

Houston, from Mississauga, Ont., did not attend the draft combine last week, leading to the usual speculation that a team has given him a first-round prospect — possibly Oklahoma City at 30th. Coming out of Montverde Academy, where Cade CunninghamBarnes and many others played, last year, Houston was a top recruit and a high-end prospect.

He’s an older prospect lacking athleticism, so he is not going to wow anyone in an empty gym. He will also be called “crafty” in every single story written about him, and between PJ Tucker, Draymond Green and Grant Williams, it is not a bad time to profile as a 6-foot-6 square-shaped human. He is a smart offensive player, and his instincts could turn him into an elite charge-taker if his quickness allows for it.

As you would expect from a senior who also sat out a season because of a transfer, Nembhard dominated the scrimmage portion of the combine, maybe putting himself as a mid-to-late second-rounder. However, the Aurora, Ont., product has done the type of winning the Raptors love from their point guards, and would obviously make an ideal candidate for Raptors 905 if he slips.

Julian is Justin Champagnie’s brother, and the Raptors’ staff couldn’t say enough good things about their two-way signing from a year ago. Julian was in a primary role at John’s and would have some work to do to prove he can thrive in a less glamorous spot on the roster. If his competitiveness is anything like his brother’s, he’s surely a player the Raptors will be watching.

Players likely to be available at 33