Two swarms of curious, diverse space rocks — called Trojan asteroids — continuously journey around the sun, one in front of the gas giant Jupiter and one behind. Jupiter and the sun’s gravity have combined to lock the Trojans into this immutable orbit. The asteroids can’t leave. It’s a major reason why Trojan meteorites likely don’t land on Earth, meaning we don’t have any samples of these distant, still largely mysterious objects.

But planetary scientists are keenly interested in the story of the Trojans. They suspect these icy rocks are captured relics of our solar system’s formation some 4 billion years ago. If so, the Trojans are the smaller building blocks of planets. They can help tell us how Earth, and the other planets, came to be.

“This is the first reconnaissance of the Trojan swarms.”

“If we want to understand ourselves, we have to understand these small bodies,” Hal Levison, a planetary scientist who leads the unprecedented mission to investigate the Trojans, told Mashable.

The mission, named “Lucy” after the ancient remains of a fossilized human skeleton, will visit six different Trojan asteroids over its 12-year mission. It launched in 2021. “This is the first reconnaissance of the Trojan swarms,” ​​Levison said. 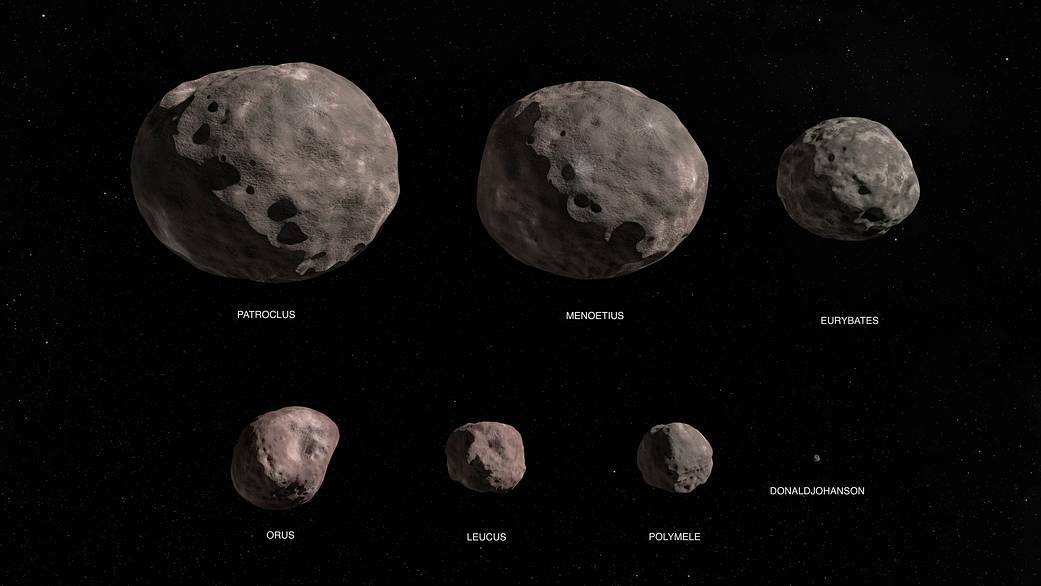 Read more about space rocks and asteroids at Mashable:

A looming question is how primordial chunks of our early solar system got trapped in swarms around Jupiter. A leading theory (based on simulations of the planets’ formation) is that in the nascent solar system, the now-distant giant planets (Jupiter, Saturn, Neptune, and Uranus) were closer to the sun, as opposed to being the far-off intensely frigid worlds they are today. Meanwhile smaller, icy objects — the Trojans — formed beyond the planets in the outer realms of our solar system.

But around 880 million years after the solar system formed, it underwent dramatic change for reasons still being investigated. The large planets became violently unstable, explained Levison, and reoriented themselves farther from the sun. This created an opening for outer objects (the Trojans) to ultimately get propelled near gravitationally-powerful Jupiter.

“That’s when we think the Trojans got stuck,” said Levison.

They’ve orbited in swarms around Jupiter ever since. They’re thought to be pristine solar system remnants from billions of years ago. And that’s what makes them so valuable.

Planets grow by innumerable collisions, amassing into the larger worlds we see today. The untarnished Trojans are the type of smaller rocky and icy objects that would have contributed to making planets. They are diverse “fossils” of planet formation, initiative emphasized. If we want to know how Earth formed into the habitable, cloudy, lush world we know today, we have to know what, exactly, formed it.

The Trojans hold those clues. We just have to get there.

The Lucy spacecraft, fitted with two huge solar panels, is nearly 52 feet wide. To power its journey to the realm of Jupiter, hundreds of millions of miles from the sun, it needs to collect bounties of sunlight.

Most of the 12-year mission will involve traveling to and around the Trojans in a serpentine, looping journey. The craft won’t take any samples, but will swoop in for some close fly-bys of the asteroids. In total, the mission will closely observe the rocks with a slew of different cameras for just around 24 hours. The craft, with vast distances to cover, will be hauling through space, and zooming by these objects.

“We’re not going to be able to blink,” Levison said.

“We’re not going to be able to blink.”

Lucy’s powerful cameras, including a spectrometer that can see what the asteroids are composed of, will observe the rocks’ composition, mass, and geologic history. They’ll see how icy the Trojans are, and how different they are from each other. Planetary scientists already know some are dark red and resemble some of the extremely distant objects found today in the outskirts of the solar system, beyond Neptune.

Levison expects to be surprised by what Lucy beams back. The mission will give scientists unprecedented insight into how our solar system, and humble blue planet, evolved and matured into the eight-planet realm we see today. “I can’t wait to see what mysteries the mission uncovers!” NASA Administrator Bill Nelson said in a statement.

“We’re going to be visiting a lot of these things,” Levison said. 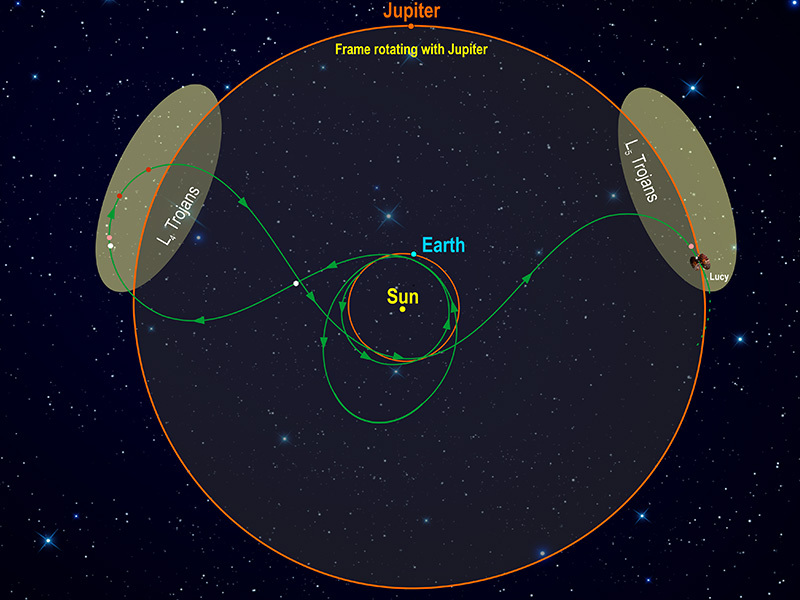