Click on through to shop at BillCurrieFord.com. Bill Currie Ford GM Sean Sullivan is ready to help you PERSONALLY and give you the Ira Kaufman discount. Just ask!

He just might be the most important Buccaneer this side of Tom Brady.

The Bucs rely heavily on Shaq Barrett when it comes to hunting quarterbacks and the former Bronco has responded very well, coming off that left edge lean and mean. With Ndamukong Suh and Jason Pierre-Paul remaining in the free-agent market, Barrett’s prodigious pass-rush skills take on even more importance.

Opponents throw the ball a ton against Tampa Bay, primarily because they can’t run against Todd Bowles’ crew. Every team talks about stopping the run and making offenses one-dimensional … the Bucs continue to back up all the chatter.

The Buc defended against an NFL-high 680 passes last season while facing an NFL-low 366 rushing attempts. Add in the 47 sacks posted by the Bucs and opponents tried to throw the football on 67 percent of their snaps.

By the numbers — and despite all the injuries at cornerback — the Buc pass defense fared very well.

The catalyst for Tampa Bay’s solid pass defense was the pressure generated by the front seven. Only six teams registered more sacks.

Only Miami posted more QB hits. The Bucs led the league in hurries, knockdowns and pressures.

But without Suh, those numbers will be difficult to repeat unless Barrett enjoys a healthy and disruptive year. His 10 sacks paced Tampa Bay in 2021 as Suh ranked second with six takedowns.

Suh was also third in QB hits. In the divisional-round playoff loss to the Rams, Suh accounted for half of Tampa Bay’s eight hits against Matt Stafford, who was sacked only twice in 40 dropbacks.

Pressure is Barrett’s calling card and now the pressure is on him as the Bucs prepare to face some of the NFL’s elite passers.

If Stafford, Dak Prescott, Aaron Rodgers, Patrick Mahomes, Joe Burrow and Kyler Murray have time to run through their progressions from the safety of the pocket, this defense will struggle. 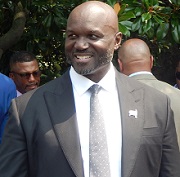 Todd Bowles knows the Bucs were undefeated when Shaq got a sack.

Last season, the Bucs were 8-0 when Barrett’s name was on the sack list and 5-4 when he was blanked. Facing the Eagles and Rams in the postseason, Barrett had zero sacks and zero hits, although he turned in a majestic interception against Philadelphia that Mike Evans termed, “The play of the year.”

Even with Suh and Pierre-Paul, the Bucs led all teams by blitzing on 41 percent of their defensive snaps. Although inside linebacker Devin White topped all players by blitzing 133 times, he finished with only 3 1/2 sacks, a huge dropoff from his 9-sack season in 2020.

The Bucs are hoping Joe Tryon-Shoyinka takes a step up in Year 2. They are hoping top draft choice Logan Hall can generate some push up front.

Most of all, they are hoping Barrett avoids injury.

Former Buc coach Leeman Bennett loved to say that pass defense is comprised of “rush, plus coverage.” In today’s NFL, those two elements should no longer be on equal footing. Wide receivers are so gifted and the rules are so tilted that cornerbacks and safeties have an impossible job if quarterbacks aren’t pressured.

That’s why Bowles blitzes so extensively. He’s not about to leave Carlton Davis and Jamel Dean out on an island to fend for themselves.