Weekend PC Game Deals is where the hottest gaming deals from all over the internet are gathered into one place, every week, for your consumption. So kick back, relax, and hold on to your wallets.

Humble is catering to city builder fans this week with its new Cities: Skylines Colossal Collection. As evident by the title, it carries Paradox and Colossal Order’s massively popular city builder plus a large collection of its DLC packs.

The opening tier of the bundle simply carries the base game, and that will only cost you $1, it’s all expansions and DLC from here on out. The second tier is $10, and that adds on After Dark and Snow Fall expansion, and the Art Deco and Deluxe Edition DLCs.

Going up to the third tier costs $15, and this puts Green Cities, Natural Disasters, Mass Transit, and Concerts expansions, plus five more smaller DLC packs into the pile. Lastly, $20 completes the bundle with Parklife, Sunset Harbor, Industries, and Campus expansions, along with another large serving of DLC packs.

This is not a complete collection of Cities: Skylines, as only 30 out of 35 DLC packs are included, with the remaining five (including the Airports expansion) only receiving a 20% discount coupon. This Colossal Collection has almost three weeks of time left in it.

At the same time, Fanatical is currently in a Bundle Fest, and its Killer Bundle 22 is here an interesting two-tier collection.

Tier one is yours for $4.99, and it has Blasphemous, Cook, Serve, Delicious! 3?!, Morbid: The Seven Acolytes and My Time At Portia. Going up to the second-tier costs $6.99, and only adds on a single game: Severed Steel.

At the same time Fanatical’s Diamond Collection is a build your own bundle offering games such as Metro Redux Bundle, METAL GEAR SOLID V: The Definitive Experience, Shenmue III, Graveyard Keeper, SUPERHOT, and more. The pricing depends on how many you want to take home, starting at three games for $14.99.

If you’re a virtual reality headset owner, a build your own bundle filled with VR games is also available featuring titles like Touring Karts, Paper Beast, Ultrawings, and others starting at three for $4.99. 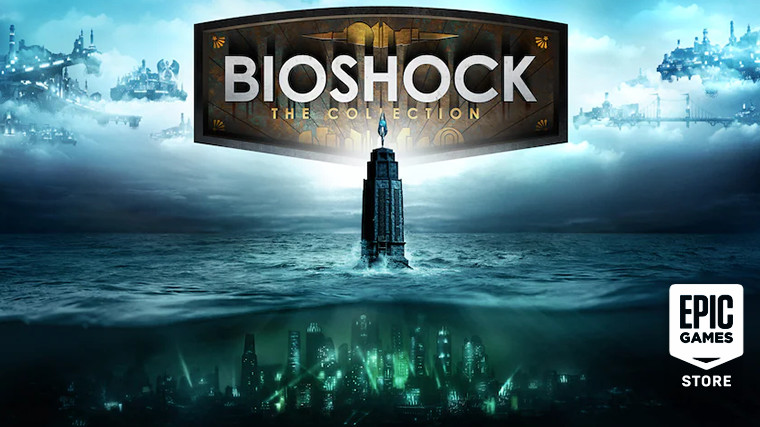 Epic Games is still in its “blockbuster giveaways” phase as its Mega Sale continues, and to replace Borderlands 3 BioShock: The Collection arrived as a freebie.

The collection includes Irrational Games’ original BioShock and Infinite entries, as well as 2K Marin’s BioShock 2 all award winners that take players to the cities Rapture or Columbia. The original two games are coming as remasters here, containing upgraded visuals and director commentary. Every piece of released DLC is a part of the collection too.

Epic Games Store’s BioShock: The Collection giveaway will last until Thursday, June 2, which is when another mystery freebie will take its place. Considering we have now received two 2K-published games in a row, a third one from the publisher is not out of the question.

The Ubisoft Store’s $10 discount code (LEGEND22) and Epic Games Store’s 25% off coupon promotions are still ongoing. At the same time, a quiet giveaway for Bomber Crew has begun on Steam. Also, if you don’t mind jumping through a few registration hoops, Sega is currently giving away a copy of Endless Space 2 for Steam on its development website. This giveaway has ended (thanks cmcgregor80)

The big deals of this weekend can be found below in our latest hand-picked highlights list:

GOG store has quite a few DRM-free games on sale this weekend too, filled with classics, EA hits, and more. Here’s a few highlights:

And that’s it for our pick of this weekend’s PC game deals everyone, and hopefully, some of you have enough self-restraint not to break the bank adding new games to your ever-growing backlogs. Of course, there are an enormous number of other deals ready and waiting if you comb through the interwebs hard enough, so keep your eyes open for those, and have a great weekend.

Neowin may earn a small commission from qualifying purchases.