Ralf Rangnick will not stay on in his consultancy role at Manchester United next season.

The German, who took interim charge of United in November, says he has made the decision due to the demands of his new role as Austria manager.

Rangnick guided United to their worst season in the Premier League era, as they finished the campaign in sixth with 58 points and zero goal difference.

A club statement read: “We would like to thank Ralf Rangnick for his efforts as interim manager over the past six months.

“By mutual agreement, Ralf will now focus solely on his new role as manager of the Austria national team and will not therefore be taking up a consultancy role at Old Trafford. 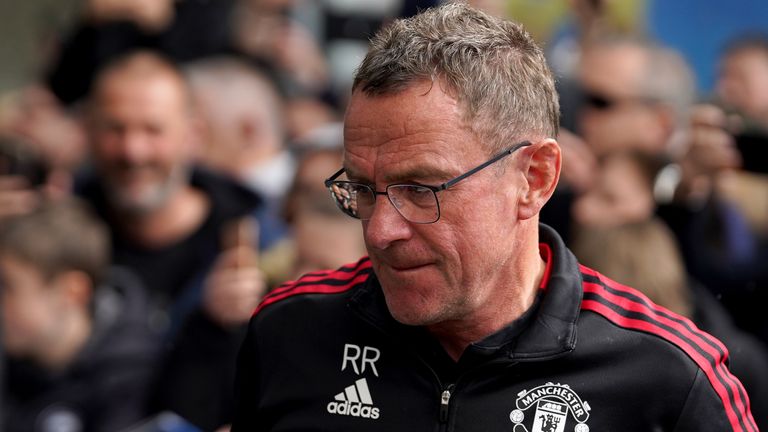 “We would like to wish Ralf the best of luck in this next chapter of his career.”

United’s new manager Erik ten Hag faced questions about Rangnick in his first press conference on Monday, but was coy when asked if he would be taking on board his predecessor’s views.

“I think it’s part of my analysis,” he said. “I observe and I speak with a lot of people. But finally I will draw my own line.”

Pressed on if he endorses Rangnick’s consultancy role, he added: “That is on the club.”

What will Rangnick’s Man Utd legacy be?

A lot of excitement surrounded Ralf Rangnick’s arrival. His work developing an exciting, modern, high-pressing style of football at the Red Bull group and Hoffenheim imbued a sense of hope and optimism at United after a collapse under his predecessor, Ole Gunnar Solskjaer. He was something different.

But the Rangnick experiment didn’t work. Top four still felt like a possibility when he first arrived, but under the German this side has fallen to United’s worst season in the Premier League era.

He admits that too many compromises were made to incorporate Cristiano Ronaldo – “he’s not a pressing monster”, the German admitted – and he put United’s other less-defensively motivated forwards into a system that hasn’t reflected his philosophy. Rangnick says he and his staff must share the blame.

Aside from his obvious failings on the pitch, Rangnick has brought a fresh perspective to Old Trafford. Solskjaer sought to deal with any problems behind closed doors, keeping the media at arm’s length, while Rangnick was transparent in his offerings.

His honesty has shone a light on some of the biggest problems at United, leaving no one in any doubt about the task ahead of incoming manager Erik ten Hag.