Organized crime that involves indentured labor remains big business, amassing an estimated $50-150 billion annually. And the problem is far closer to home than many realize. 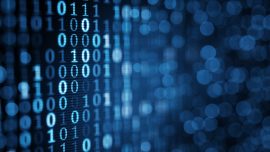 Modern AI approaches, NLP and data fusion have a role to play in tackling criminal activity

Despite Britain having banned slavery outright in 1833, as recently as 2020, the Center for Social Justice estimated that there were 100,000 or more modern slaves in the UK alone.

To profit from this exploitation of human rights, criminal gangs use various sophisticated psychological, financial and physical techniques to maintain control over their workforce. Often targeting vulnerable people who have nowhere to turn – such as homeless or substance-dependent individuals – and those who may not even be aware they are being exploited. An example is debt bondage – where people end up working for little or no wages in order to repay debt. This is one of the most common forms of modern slavery, according to the UN.

This all makes detecting and disrupting modern slavery extremely problematic. Cases reported to the police are rising, but perhaps more than 90% of modern slavery still goes undetected. This makes the crime as hidden as it is pervasive, deepening consequences for business, government and society which must all work together to spot the red flags.

Laws such as The Modern Slavery Act (2015) and the EU’s Sixth Anti-Money Laundering Directive are raising the topic of modern slavery to board-level, but questions remain surrounding implementation and accountability.

It is not easy, but as a global community, we have the capacity to end slavery. Bold management, social policies and control frameworks will all be essential. Unfortunately, legacy technology and institutional structures both complicate the path ahead.

Organizations have a regulatory duty to identify anti-money laundering (AML) and enforce sanctions through strong customer due diligence. While successful detection of money laundering will ultimately identify many involved in human trafficking and modern slavery, we know that detection is limited. The UN estimates that $1.6 trillion is laundered through the global financial system annually and only 1% of illicit financial flows are intercepted globally.

The types of payments used to commit human trafficking can be particularly hard to detect. Low-value payments made to a few dozen migrant workers all sharing a few addresses is unlikely to trigger suspicion.

Fortunately, there is significantly enhanced awareness of the issues, and technology can now provide some vital support to companies, banks and governments.

The essential role of technology in combatting modern slavery

Modern artificial intelligence (AI) approaches, such as utilizing machine learning to grapple with huge quantities of data to identify patterns, provide a new opportunity to tackle slavery and trafficking which was simply not practical manually. Even with an army of compliance staff.

Advanced data analytics help companies automatically detect risk in their supply chain and among their customers. It can scale their understanding of available data, joining the dots automatically to detect and thwart human trafficking and modern slavery.

We are now seeing a step change in how entity resolution and natural language processing (NLP) are helping suppliers and partners across the entire supply chain network make substantial leaps forward in tackling this crime. Using AI to sift through vast amounts of data, technology is now being deployed on the front lines of the fight against modern slavery in the following ways:

Enhancing due diligence – Traffickers and criminal gangs have adopted stratagems to avoid detection – such as acquiring legitimate enabling assets such as bank accounts, national insurance numbers and tax details. These allow funds to be deposited, withdrawn and laundered, and all the while avoiding scrutiny by the police and employers.

Critically, it allows criminals to put victims in well-paying jobs in the supply chain. Criminal gangs also maintain control of victims’ earnings by opening bank accounts in their names but not in their control, providing the bank with the required onboarding documents, such as proof of address and utility statements.

Analytics can spot hidden connections between otherwise seemingly disconnected individuals, meaning that next generation KYC checks can more reliably monitor for deception and violations and involve the law, if necessary.

Screening can also identify those perpetrating slavery and trafficking. Banks and other organizations can get early indication of clients who have been associated with illicit activity before – either through exposure in the news media or through specialist watchlists.

At the root of all criminal activity is profit. Making these crimes difficult or impossible to commit profitably will ultimately benefit the potential victims.

Employment vetting – It is a widespread misconception to think that victims are mostly paid cash or off-the-books. With legitimate assets and tax codes, victims can unwittingly earn tens of thousands of pounds a year while only receiving a small stipend on top of their food and accommodation.

But times are a changing. Prompted by the Modern Slavery Act and Anti-Money Laundering Directives, employment agencies and supply chain partners such as factories and warehouses are increasingly looking at the details provided by workers, conducting their own due diligence.

Sophisticated entity resolution – that can uniquely identify individuals from ambiguous and sparse datasets – can detect the tell-tale red flags of exploitation such as unusual numbers of employees sharing the same address or bank details.

The application of AI, data fusion and other techniques is a key development in the fight against modern slavery and human trafficking. It can automatically isolate risks at any point in the client or employee lifecycle and help the entire ecosystem of businesses, agencies, financial institutions and authorities understand the tell-tale signs of human trafficking and exploitation.

Entity resolution, automatic prioritization, NLP and data fusion all play a role in ensuring that pertinent data is not missed. Enforcement analysts can then more easily uncover these hidden crimes – bringing about a step-change in the way that modern slavery is detected and prevented.