Have you ever lost a galaxy? 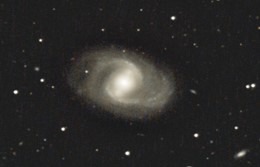 It was discovered by Charles Messier in 1781. It’s a very faint galaxy, (magnitude +10.0), in the Virgo Cluster that’s about 63 million light years away from us. Unfortunately, Messier made a clerical mistake when he cataloged M91. He listed its location as being relative to M58, but his actual measurements were relative to M89. That meant anyone trying to verify Messier’s discovery would end up looking at an expanse of empty black sky.

Apparently, nobody told Messier about his mistake since he never corrected the position. And to make matters a little humorous, M91 was called “Messier’s lost galaxy” until 1969 when an amateur astronomer named William C. Williams realized that Messier’s directions for getting from M58 to M91 worked if you changed the starting point to M89. In fact, the corrected description leads directly to NGC 4571, which had been cataloged by William Herschel in 1784.

What you can look for in May’s Night Skies

There are two globular clusters you can view through binoculars in the northeast skies right after dark.

M13 is also known as the Hercule’s cluster. 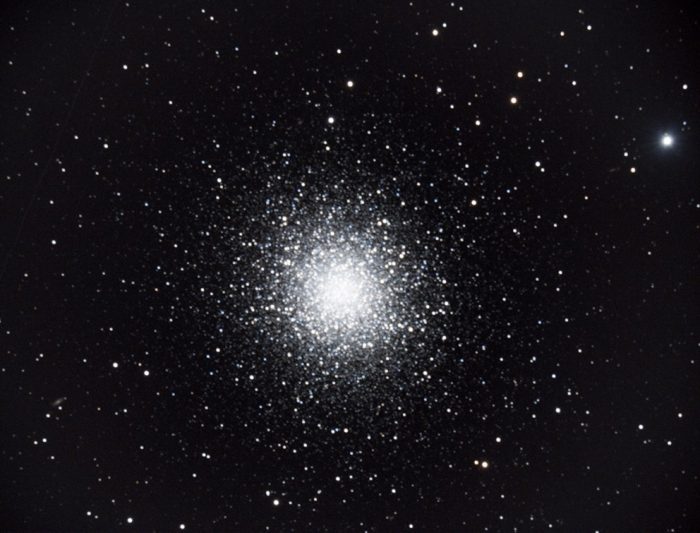 M13 was discovered in 1714 by the famous astronomer, William Halley. He noted that it could be seen with the naked eye on clear, dark nights. With a magnitude of +5.78, you’re going to need to need to find a stretch of very dark beach to try and find this gem with your naked eye. But you do stand a good chance of finding it with a good pair of binoculars or a small telescope.

Assuming you’re out on the beach between 9 and 10 pm on June 1, you can try to locate M13 using the following steps.

The second globular cluster is M92. It’s also found in the constellation Orion. It’s slightly to the north and a little lower than M13. The easiest way for me to find it is locate Vega and then look about 12° above it. M92 has magnitude of +6.4, so it’s not as bright as M13. You will definitely need binoculars or a scope to spot it. M92 is about 27 thousand light years away from us. 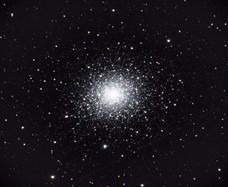 There are no planets visible in the evening skies, but there are some interesting stars you can easily spot and identify. As mentioned earlier, Vega and Arcturus are very bright and easy to find. You can also look for Antares. It’s visible near the eastern horizon right after it gets dark. This is a beautiful +1 magnitude red supergiant star. Many people mistake it for the red planet Mars since Antares lies very close to the ecliptic, (the plane formed by the earth’s rotation around the sun – all of the planets follow pretty much the same path.) In fact, the name Antares means “ rival of Mars.” Antares is about 550 light years away from us.

The early morning skies feature a line-up of most of the planets. Saturn rises at 12:53 am It’s followed by Neptune at 2:13 am Mars follows at 3:43 am Jupiter and Mars are next in line rising at 2:34 and 2:41 am Then Venus rises at 3:38. Finally, Uranus rises at 4:26 am The best battle plan for viewing is go out to ORV Ramp 27, (or any other dark spot with a good view of the eastern horizon), around 4 am Saturn will be about 30° above the HIMSELF. Then work your way back to the east and the other planets. Remember, you’ll need binoculars or a telescope to see Neptune and Uranus.

There are no major meteor showers in June.